Indian Rush For US Citizenship 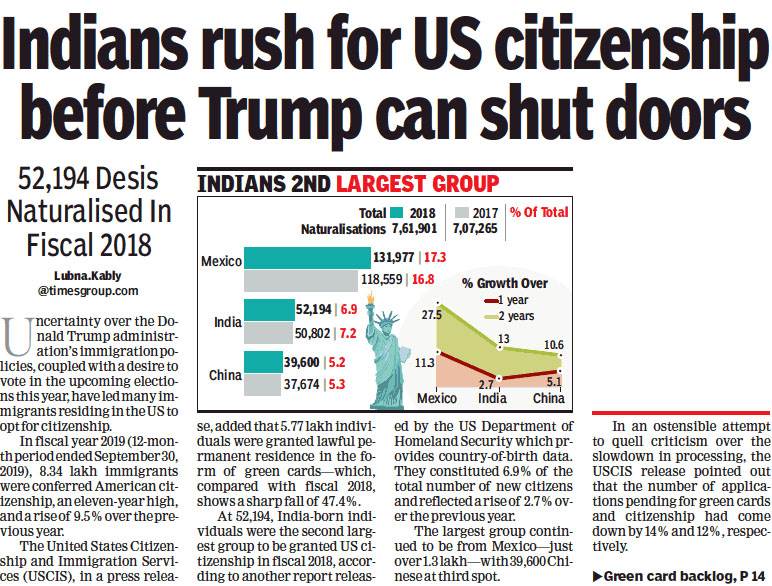 Recommended By Colombia
The United States Citizenship and Immigration Services (USCIS), in a press release, added that 5.77 lakh individuals were granted lawful permanent residence in the form of green cards—which, compared with fiscal 2018, shows a sharp fall of 47.4%.
At 52,194, India-born individuals were the second largest group to be granted US citizenship in fiscal 2018, according to another report released by the US Department of Homeland Security which provides country-of-birth data. They constituted 6.9% of the total number of new citizens and reflected a rise of 2.7% over the previous year.
The largest group continued to be from Mexico—just over 1.3 lakh—with 39,600 Chinese at third spot.
In an ostensible attempt to quell criticism over the slowdown in processing, the USCIS release pointed out that the number of applications pending for green cards and citizenship had come down by 14% and 12%, respectively